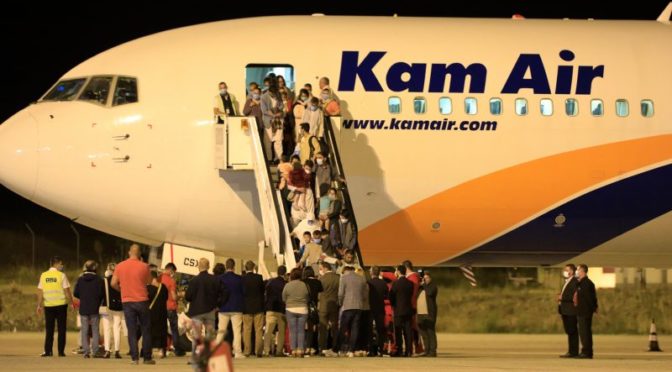 KABUL, Oct 20 (Reuters) – Former Taliban fighter Mohammad Ishaq, who spent years battling Western troops and local forces in Afghanistan, lost his leg in combat and is now learning to walk with a new limb. Standing near him at a Kabul clinic is one of the soldiers he defeated.

In the Red Cross Hospital in Kabul, Ishaq spoke simply of the eight years he spent in Helmand, the southern province where some of the fiercest fighting of the war took place and where thousands of civilians and combatants were killed and maimed.

But after the Taliban took over the Afghan capital in August, Wardak and her female colleagues were told their services were not required. When the women — who had tried to return to work in a group a few days after the takeover — demanded to know why, the young Taliban blocking their entry to the courthouse scoffed.

Russia has hosted the most high-profile international talks on Afghanistan since the Taliban took power, calling for an injection of aid to help the crippled economy but also demanding a more inclusive government.

Senior Russian diplomats made clear that formal recognition of the Taliban regime was not on the table until it does more to improve human rights and broadens an all-male cabinet, most of them clerics from the Pashtun ethnic group.

WASHINGTON — Zalmay Khalilzad, the top U.S. envoy to Afghanistan, is stepping down from his long-standing role following the Western military pullout from that war-ravaged country, the State Department said.

Secretary of State Antony Blinken on October 18 said Khalilzad, who led U.S. negotiators in talks with the Taliban in Doha, Qatar, prior to the Islamist group’s takeover of Afghanistan, was leaving his position and that his deputy, Thomas West, would take over.

44% of Afghan refugees housed temporarily at eight US military bases are children, according to a letter from Secretary of Defense Lloyd Austin to Sen. James Inhofe, the ranking member of the Senate Armed Services Committee.

34% of the refugee population at the bases are adult men, and 22% are adult women, the letter which is dated October 8 states.

One of the largest evacuation flights departed Kabul on Sunday with an unknown number of Americans on board and is on its way to Doha, a senior Qatari government official tells CNN.

The ninth evacuation flight from Afghanistan since August 31 is carrying 353 evacuees, including faculty, staff, and students from the American University of Afghanistan, as well as citizens from Afghanistan, the United States, the Netherlands, Denmark and Australia, among others, according to the official.

The US government has offered financial compensation to the relatives of 10 people mistakenly killed by the American military in a drone strike on the Afghan capital, Kabul, in August.

An aid worker and nine members of his family, including seven children, died in the strike.

Afghan teenager Amena saw dozens of classmates killed when her girls’ school was targeted by an Islamic State bomb attack in May, but she was determined to continue her education.

Now, like most secondary school girls in the country, she is banned from lessons altogether after the Taliban’s hardline government excluded them from returning to class one month ago.

A mass funeral ceremony has been held for the victims killed in Friday’s suicide bomb attack on a Shia mosque in Afghanistan’s southern city of Kandahar.

Government officials say 47 people died in the attack but a community elder Haji Farhad said the death toll is 63 but can change as still many victims are in serious condition in the hospital.

The withdrawal of US and NATO forces from Afghanistan is inevitably leaving a political vacuum in South and Central Asia. The question that many are asking is who will step in to fill it. Afghanistan’s immediate neighbours – Pakistan, Iran and China – all have special interests in the country that they are likely to pursue with renewed vigour.